Tickets for £165! SuperJunior have announced their London tour date at Wembely Arena and tickets go on sale on Sunday. But aren’t they asking for too much?! 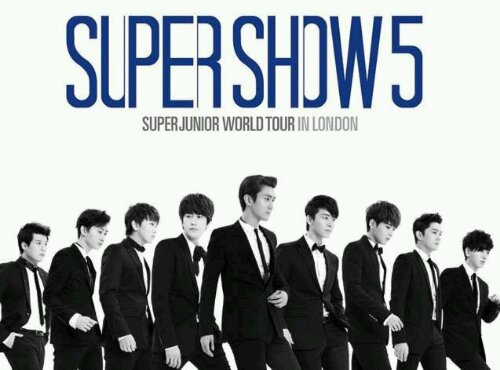 Although I have not figured out if there will be early entry tickets, SuperJunior of SM Entertainment are charging between £56 – £156 for tickets to there first solo concert in London.

Aren’t K-Pop artists charging way too much for their London concerts?

Although I am not a K-pop lover, I forked out £100 to see BigBang last December. Now BigBangs rivals SuperJunior are also playing Wembely Arena.

I must admit I may be slightly biased when I say this but I refuse to pay more or the same amount as my BigBang ticket, for another K-Pop group.

I recently went to see Jay Park (you can read my review here), and I paid £60 for my ticket. Although I believe this price was slightly higher than I expected, I went along as I have loved Jay Park’s music and his body for years now & he finally came to London.

Although SuperJunior are more famous than Jay Park, they should consider that this is their first solo concert in London & many of their fans here are students and teenagers.

I am aware that K-Pop has a very strong fan base and fans are willing to pay a bit extra to see their favourite artists here. But £165?! Big international stars such as Beyonce, Taylor Swift & Blink 182 haven’t ever priced their tickets that high.

As much as I’d love to see Siwon, I am not forking out that much for a group I do not listen to or know. And I don’t like seating at concerts so I won’t get the cheaper tickets.

How many of you are big fans of SuperJunior & are willing to spend that much money for them?

Goodnight from my seat on 243 on my way home!

This evening I met up with a few people who go to my uni that also went to Korea this summer. It was so strange! I missed them so much! It was great catching up with everyone and a girl who lives in Holland is in London at the moment so it was amazing seeing her!

We felt as if we were back in Seoul! But a bottle of Soju cost £5 instead of the 80p that we spent for Soju in Korea! O_O shocking right?!?! It was worth it though!

I had the best summer & I am glad I made some great friends! It’s funny that I made friends with people from my uni who I had never seen before!

Tomorrow a one of the guys from Korea is coming to London! So tomorrow will be another night out!! =P maybe I will do another blog post!