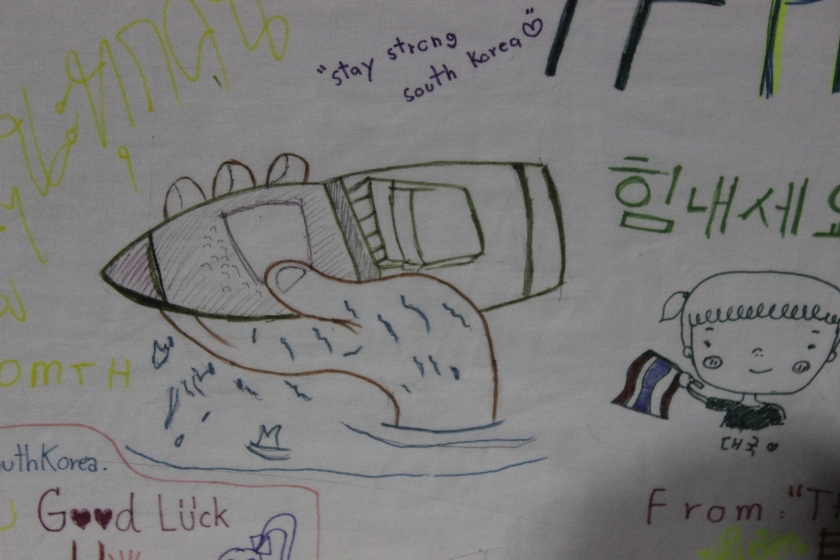 During the long holiday in South Korea, I decided to go on a little road trip. In the beginning my road trip was to the two other major cities in South Korea; Busan & Daegu.

My time in Busan was interesting! The first day went really well and my friend and I stayed out until 7am! It was so funny! 2nd day was interesting too. We went to the famous Haeundae beach. It was lovely. But after this, it was impossible to find a hotel. We walked around for ages ad couldn’t find anywhere so we stayed out until about 4am and then went to a DVD room so we could sleep!! hahaha!

The next day we made our way to Daegu. This was my 2nd time in Daegu and it was great! I love Daegu. My friend who lives in Daegu took me around in his car and I stayed at a kind of resort. It reminded me of a place where people would go camping. The next day, which is the part of my trip which is the focus of this article, my friend and I drove from Daegu to Ansan. Firstly, the drive was so interesting! It was great for my friend and I to have bonding time, but we also saw a rain deer! It was the first time in my life to see one and I was so fascinated! It was on the back of a truck and it was massive!! 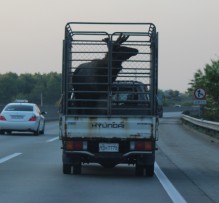 Ansan has become a city which is known worldwide and not for the fact that it is a relatively new city. As I am sure you are aware, on April the 14th, Sewol ferry sunk. On the ferry were over 300 middle school students from a school in Ansan. In Ansan a memorial ceremony has been held for all of the unfortunate people who were unable to escape from the ferry before it sunk. Although a lot of things could have been done to rescue them and I am aware of it, I don’t want to write a post of all the things which could have been done differently because it has happened now and unfortunately we can’t go back in time. When my friend and I arrived in Ansan, I did not expect to see such a big memorial service. I knew the number of people who died and I knew that this event has devastated not only Korea but the whole world.

In the park next to the school, a big section was devoted to the memorial. Many yellow ribbons have been attached to trees and police strips. After walking past this, there were walls covered in messages from the hundreds of people who have visited the memorial. There were many messages in different languages and the messages in English were very touching. As well as messages there were also drawings. These drawings were touching as they were images showing what people hoped would happen. The two most creative ones were one of a whale spraying the ferry up right and another was of a hand holding up the ship. (See below) 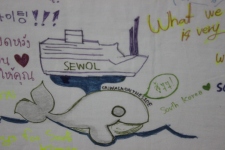 After reading messages, we went inside a massive tent which had been set up in the middle of the memorial section. Inside this tent was overwhelming. Although I knew the number of students who had passed away, it was still shocking to see the pictures of each person who could not make it out.
Each visitor was given a single flower. We lined up, bowed and gave a minutes silence for the victims. We then stepped forward to lay the flowers down. This experience was emotional beyond my expectations.

I had previously cried because of this story but everyone in the tent chocked on their tears. Hearing the number of people who died was upsetting but seeing their faces and realising just how young these students were, was painfully saddening.
I am very glad that I went to the memorial and I would recommend everyone who is in Korea to go to pay respects to the victims of this horrifying accident.

One thought on “Sewol Memorial”