After waiting for years to hear Jay Park even mention a European tour, I have just purchased my ticket to see him in London this September!

Jay announced on the 21st of July that he would be gracing English land with his presence. But there were problems and delays in information and tickets going on sale. They were originally set to be on sale at the end of July but was postponed due to problems with venue and seating plan confirmation.

Today tickets went on sale at 10am this morning and I purchased my ticket at 10:10am . Standing tickets were priced at £50.00 plus a £5.75 booking fee. I am pleased with the ticket price as everything seems cheap after paying shy of £100 for a standing ticket to see Big Bang last December .

So I look forward to the 21st of September! See you soon Jay!

Only two days after the finale of the Big Bang Alive Tour, G-Dragon tweets about his 1st solo world tour!!!!

Although G-Dragon only tweeted a picture of a poster for his solo tour, which is titled simply titled ‘1st World Tour’, excitement is in the air!

I really hope he comes to London as although most artists state they are doing a world tour, the tend to leave us Brits out of the equation!  But I a hopeful since Big Bang came to London for the Alive tour and G-Dragon returned for a few days last week.

Now, the wait for dates begins!

I just hope ticket prices aren’t as crazy as the Alive Tour was! =P

When I uploaded my Big Bang Alive Tour: London pt 2 post, I mentioned a video of the encore footage I recorded. I recorded the footage on my phone but when I downloaded it on my laptop, the sound was out of sync so I deleted the file.

I tried to upload it from my phone using the WordPress app. I thought it went through okay because it uploaded the post. But then my phone went crazy. The WordPress app was causing problems with storage on my Galaxy S2 and even though I deleted almost every other app on my phone, I was getting the same storage error message. Since I had no other choice, I deleted the WordPress app. My phone started working properly again.

Just now, I went to have a look at my post to see if the video uploaded, it’s not there. I check my phone so I can upload the video to YouTube, every image and every video has been deleted from my phone. =[

I actually feel like crying!! =[ Topless Taeyang and TOP in my face is now lost forever. =[ This week sucks and it’s only Monday. So many apologies for the fact there is no video in my previous post. =[ I’m hoping I stumble across the file I deleted on my laptop. Maybe I’m waking and I’ll wake up tomorrow and it will be there.

Actually if I’m hoping for things, I’d hope to wake up to Mr Choi Seung-hyun next to me. lol

Recently I have been reading blog posts which discuss K-Pop & Western success. The main thing I noticed was that there are a lot of people who think K-Pop Artists need to release songs in English, in order to get successful in Western Countries. This blog post is going to be about why I think this shouldn’t happen.

The band I am going to use as my main example is… 빅 뱅 (BigBang)!

So BigBang were in America recently and there were many blog posts about BigBang becoming successful in Western Countries. While I was glad to read about BigBangs success, I had a problem, every blog post that I read suggested that BigBang should have an English album. Now, I must state that this is purely my opinion, and I am sure people will disagree. I think, if BigBang or any other K-Pop band started singing in English rather than Korean, it would be a disaster.

I think that K-pop works so well because it is sang in Korean! There is something enticing ad attractive about listening to people talking Korean and I believe that K-Pop is the best way to show how interesting, beautiful & sexy Korean Language is! Singing or Rapping in Korean is what sets K-Pop apart from mainstream music in Western countries. I completely understand that some people won’t listen to K-Pop because it is in Korean, but people who appreciate well made music that is catchy, will listen to any kind of music, regardless what language it is sang in.

Being someone who hangs around with a lot of people who don’t listen to K-Pop, I realised that they tend to think that K-Pop is cheesy and sounds like the type of songs you hear when you play dancing stage in an arcade. So when I showed them songs such as G-Dragons ‘One of a kind’ and a few songs by Jay Park, they were shocked that they sound like songs they would hear in western countries. Some of them even liked the songs so much that they downloaded a few! The point I’m getting to here is that, if K-Pop had more coverage in the press, people will know that it does not sound like the music you hear on Dance Dance Revolution! And they might be more open to listening to K-Pop. 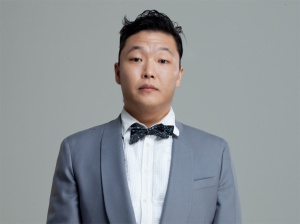 Recently, Psy (Park Jae-sang) has had a lot of media coverage, but as a comical music act, he does not and cannot represent the whole of Korean music. It’s like saying that Taylor Swift can represent western music as a whole. There are several different genres within Korean music, as there is in western music. There is Hip-Hop, Indie, Rock, Pop, R’n’B & Jazz to name a few, the only difference is that they are sang in Korean, by Korean artists!

Now, I was originally going to make one big blog post about K-Pop, but it might not be easy on the eyes! This post is already a bit long so I am going to do a small series of follow up blog posts. The next one is going to be posted today.

Please stay tuned for ‘Why I listen to K-Pop’…