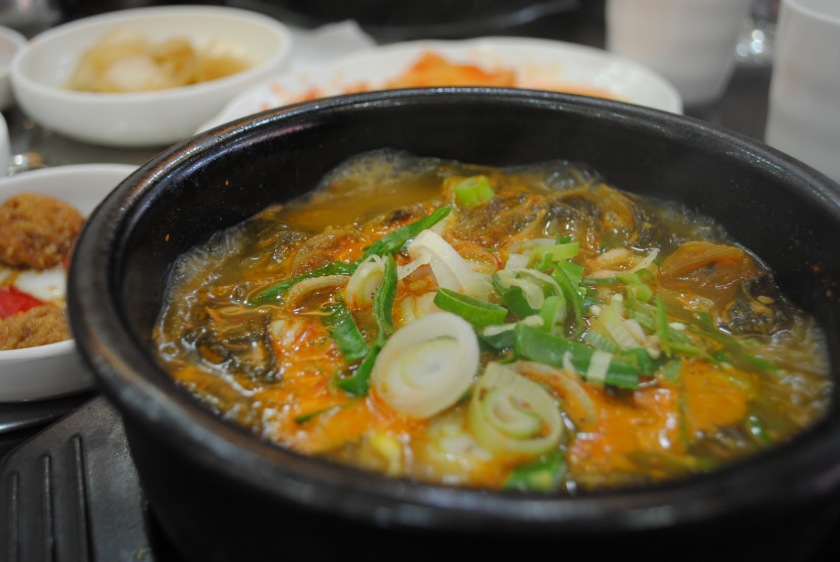 Although Korea is a popular topic in the media at the moment due to high tension between South and North Korea, today I opened up a copy of Metro and on one of the first pages, I stumbled across this article:

What is it? It’s 해장국 (Haejangguk) also known as 술국 (Sulguk)!
Well… that’s the original hangover soup but American soldiers in Korea decided to alter the dish a bit. I was really shocked to see that the writer and editor at Metro decided to mention that this is a dish founded in Korea.

However, you may have your facts wrong Metro.

The original Korean Hangover soup (pictured above) is called, as mentioned above, 해장국 (Haejangguk) also known as 술국 (Sulguk). Although Americans altered this dish, the name ‘Yaka Mein’ is a Chinese dish. It is also a noodle soup but it is not Korean.

There are two points of view on the origins of Yaka Mein. One is that it originated in New Orleans when Chinese immigrants created a Chinatown (which no longer exists).

The other is that Yaka Mein was introduced to the US by African American troops who fought in the Korean War. Is the confusion caused by Americans changing the name of 술국 (Sulguk) to Yaka Mein?

Regardless, I am glad Korea was featured in a British newspaper for reasons other than tension between the South and North or Psy.